Where’s the enthusiasm for our local people who try to give us something better. And for the record, I’m not “anti-chain restaurant”. I worked for a great one here in town and still have friends who operate and work at chain restaurants.

But when push comes to shove, I tend to root for local “mom and pop” restaurants because they are venturing out and trying something their way without a blueprint to follow. I also root for non-chain restaurants because I know there’s the hope of finding food that is different than anywhere else. I don’t like going to different restaurants and feel like I’m still eating the same food.

Kennewick City Grill had a classic menu. Most things on there could be ordered anywhere else. But there was a difference in the taste. For example, KCG had a French Dip. I could find the same sandwich on 100 different menus around town. But I tell you what. That French Dip had the most meat than anyone else’s in town. Hands down. It was the best in town.

One of the things I liked the most about Kennewick City Grill was the value they offered. The prices were in line with other restaurants. Somethings were priced a little lower. Somethings were priced a little higher. But there was value. Again, I point to the French Dip. I wouldn’t dream of ordering that thing at another restaurant because I knew it wouldn’t be as good.

Also along the lines of value was the bar. The prices were right. The happy hour menu was solid. The bar offered value and well-poured drinks by a great bartender (a little tip of the hat to Katie).

So here is my plea to the rest of the Tri-Cities. When given the choice between a locally owned restaurant or a chain, try a local restaurant first. Give them a shot. If they fail to impress you, well then they failed. But before you leave, let them know why. If they impress you, let them know why they did… and then tell your friends about it. Post something on Facebook, Twitter, or whatever social media you use.

We all know why we go to chain restaurants, they are consistent. When you go to a chain, you know what you’re going to get. 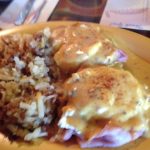 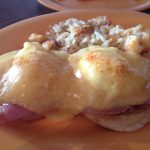 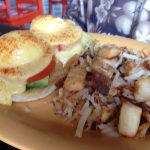 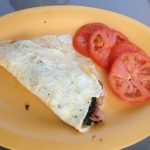 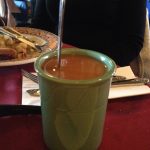 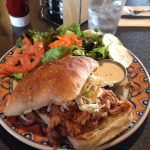 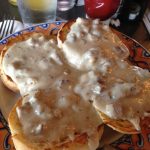 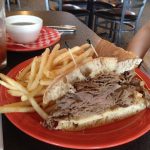